Should I go or should I stay now?

I am a big believer in serendipity so when in three conversations over a few days, I heard about seniors housing I thought there might be some interest in this topic. One of the people I phone as part of the Phone Buddies program I am involved in was talking to me about moving. They were in their mid-80’s and they were thinking of moving into a smaller home or a retirement home. Another person I knew stated that Baby Boomers do not want to move into Retirement living arrangements.

Finances also play a role in this decision: 26 percent of seniors planning to age in place, say they cannot afford the cost of moving their belongings and more than one in five (23 percent) believe their home would not sell in the current market.

Nearly one in five baby boomers aged 60 to 64 (18 percent) believe the housing options available to them are unaffordable.

There are other reasons for wanting to age in place some of them are:

We are retiring later than any other generation and most of us are still in the workforce, making us the workforce’s fastest-growing generation. There are a few reasons why this is happening. Like me, many others retirement plans took a hit from the 2008 financial crisis, some have not saved enough for retirement and others are staying in the workforce because it keeps their mind sharp and days full. According to an AARP survey, 40 percent of Baby Boomers said they plan to “work until I drop.” In Canada 5 million boomers set to turn 65 in the next 10 years, the age of retirement will continue to creep up.

Boomers will live longer because of healthier choices and advancements in technology. From 1950 to 2014, the average life expectancy rose steadily. Men’s life expectancy rose from 65.6 to 71.,1 and women’s rose from 76.1 to 81.1. Higher life expectancies mean more opportunities to be active including working and truly enjoy the later years in life, which is exactly what we are doing.

Many of us who think of retirement homes think of the idea that one size does not fit all, nor does it fit most. When it comes down to the life we want to live, what we want for ourselves isn’t going to be the same as what someone else wants. We are helping to shape the senior living landscape by wanting customizable living options through their housing, amenities or community events. They’re also seeking out living arrangements where it is easier to connect and make friends with the people living in the community.

We see retirement as the time to dive into life’s joys: hobbies, passions and making sure you have the amenities available to pursue those and for most of us that means living at home, not moving to a retirement community. 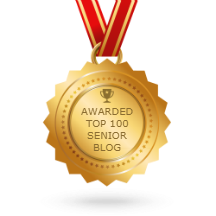 Blogs I Read and enjoy

In 2014 and 2015 I had the honor of being selected as one of the top ten best retirement writers in Canada by Bright Life.

I give workshops on Health and Wellness to seniors both online and in person. I also mentor new facilitators, review, and update workshops, and train workshop facilitators on audience engagement. I am President of the Wilson Senior Advisory Associaton, I am on the Mayor's Council in my community and I am on the Council of Advisors to the Seniors Advocate in my Province. I am a member of Council Of Senior Citizens Organizations and I serve on the Board of the Tri-Cities Seniors Action Society and was recently appointed to the Transit Police Advisory Board. In my spare time, I read, write, play golf, badly, and enjoy life.

Days since I officially retired

I officially retired this long agoCountup

Days since I actually retired